Sergio Cammariere, musician, composer and performer of rare and enthralling intensity, draws inspiration from some of the world great jazz musicians, from the warmth of southamerican and latin rhythmes and from the unique style of the best italian songwriting tradition. Above all, he shows a natural talent for composition.

Since 1992, after many years chasing his dream for music, he has been composing his first soundtracks for the movie Quando eravamo repressi by Pino Quartullo, for Teste Rasate by Claudio Fragasso and for Uomini senza donne by Angelo Longoni. Sergio Cammariere has composed music scores also for short films such as: Non finisce qui by Maria Sole Tognazzi in 1997, La pena del pane by Luca Grillo and Mattia Preti – Il pennello e la spada by Francesco Cabras and Alberto Molinari (Ganga Film).

In 1997 Sergio captures the attention of both the public and critics when he participates to the most prestigious italian prize for songwriters, Premio Tenco; the jury unanimously awards him as Best Musician and Interpreter.

In January 2002 his first album “Dalla pace del mare lontano” (EMI Music/UNIVERSAL) is released. Produced by Biagio Pagano for Via Veneto Jazz, with lyrics by Roberto Kunstler and the participation of Pasquale Panella in the track dedicated to Charles Trenet Il mare is a work of great impact.

In 2003 he participates to the most important italian tv musical contest, the Sanremo Festival, with the song Tutto quello che un uomo, written with Roberto Kunstler. He comes third winning both the Critics award and the Best musical composition award. In few weeks, he gains two platinum records.

His talent, he mostly shows during his live concerts, let him gain several prizes including L’isola che non c’era award for Best Album, the Carosone Award for best first act and the prestigious Targa Tenco 2002 as Best Debut Album. He is voted best up-and-coming artist of the year in a survey run by MUSICA E DISCHI (one of the most widely read music magazines in Italy) and then he sets off on tour again opening at the prestigious Milanese theatre, Teatro Studio.

Live Tour is awarded the “Best Live Show of the Year” prize by Assomusica, the italian organization that represent promoters and producers of live events. His first DVD, Sergio Cammariere in Concert – from the Strehler Theatre in Milan (EMI Music Italy/UNIVERSAL), is released.

November 2004 sees the release of “Sul Sentiero” (EMI Music Italy/UNIVERSAL), an album of twelve songs with lyrics by Roberto Kunstler and the extraordinary participation of Pasquale Pannella and Samuele Bersani. A refined album, probably the most complete of his.

In the November of 2006, “Il pane, il vino e la visione” (EMI Music Italy/UNIVERSAL), is released. Eleven songs with lyrics by Roberto Kunstler. This is his more intimate album with songs full of spirituality and beautiful instrumentals pearls.

A year after, he writes the soundtrack for the film “L’Abbuffata” by Mimmo Calopresti and wins the Montpellier International Film Fest Award for Best Soundtrack.

In the February of 2008, he participates in the 58th edition of the SanRemo Song Festival with “L’amore non si spiega”, lyrics by Roberto Kunstler, Sergio’s tribute to the Bossa Nova. His guest for the evening dedicated to duets is Gal Costa, one of Brazil’s foremost and most fascinating voices.

Right after this festival his fourth album Cantautore piccolino (EMI Music/UNIVERSAL) is published. This is an anthological record dedicated to two pitied Maestros of italian song-writing tradition: Sergio Bardotti and Bruno Lauzi. Among the tracks, including the Sanremo hit, Sergio pays homege to the best jazz tradition with Keith Jarret’s My song revealing again his natural and sophisticated talent on piano.

Sergio wins the Premio Lunezia Elite for Best Album and the Genova Film Festival Award for the soundtrack of the short movie “Fuori Uso” by Francesco Prisco.

2009 is the turn of Carovane (EMI Music/UNIVERSAL). This record is a journey through a new declination of jazz. Sergio mixes his beloved genre with resonances of distant worlds. What comes out is a surprising exotic sound that recalls dreamy and free horizons.

In 2009 his voice opens the italian version of the Disney animation movie “La Principessa e il Ranocchio” (The Princess and the Frog) with the song “La vita a New Orleans” and he is rolled musical adviser for the theatrical modern opera “I promessi sposi” by Michele Guardì and music by Pippo Flora.

In June 2010, together with Fabrizio Bosso who is worldwide recognized as one of the most talented trumpet player, he composes the sounding background of three of Charlie Chaplin’s skits: “The Vagabondo Skits”, published on dvd by L’Espresso Group.

In the same year he composes the music for “Ritratto di mio padre”, directed by Maria Sole Tognazzi. This docu-film wins the “Special prize for documentary on cinema” in Taormina Film Fest 2011. This is a touching and deep documentary about Ugo Tognazzi, focusing not only on his professional career but also on his private life with some unpublished videos about his family and his life off of the set.

In March 2011 he receives the Musica News International Award for his career as “valid and talented piano player and intense vocalist and composer”. The jury states that “he is gifted with a great expressive refinement and a unique poetic sound”.

In the same year Sergio composes music and songs for a prestigious theater piece called Teresa la ladra, directed by Francesco Tavassi and performed by Mariangela D’Abbraccio. This play is based on the novel Memorie di una ladra by Dacia Maraini, a great italian writer and gaines a huge success of audience and critic in the most renowned national theaters.

In November 2011 his soundtrack for the film directed by Angelo Longoni “Tiberio Mitri – il Campione e la Miss” (RAI Trade) is published. The film is dedicated to the famous wrestler from Trieste and Sergio’s original music retraces his story recalling the atmosphere of the 50’s with dancing jazz and delicate and nostalgic songs.

In March 2012 Sergio releases his sixth album titled Sergio Cammariere (SONY Music) and dedicated to his long time friend Pepi Morgia, a truly gifted director and light designer passed too soon. This work is a sort of musical synthesis of Sergio’s souls, it moves from jazz to bossa nova, from samba to balkan rhythmes, from classical compositions to world and progressive music. For the lyrics he cooperates with Roberto Kunstler and two new authors: Sergio Secondiano Sacchi, writer and co-founder of Premio Tenco and Giulio Casale, story-teller, musician, poet and writer.

Sergio Cammariere is a complete composer, always surprising, full of humanity and still able of being touched by the power of music. An elegant figure from older days, a creative soul that keeps evolving and searching new skies destined to leave its mark in the best songwriting music. 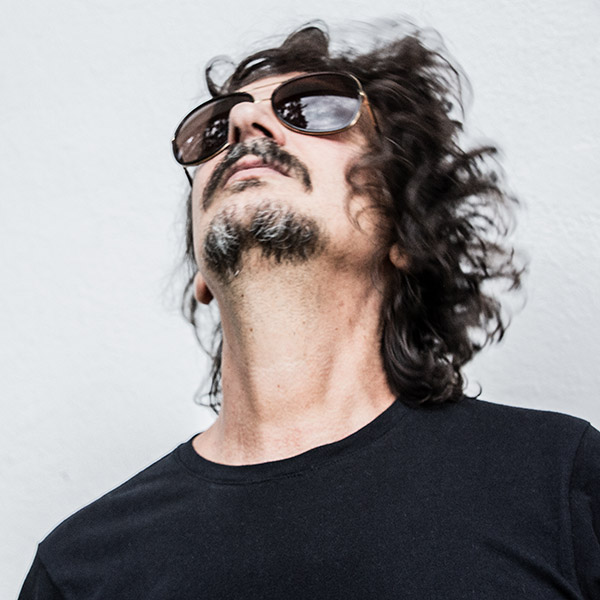 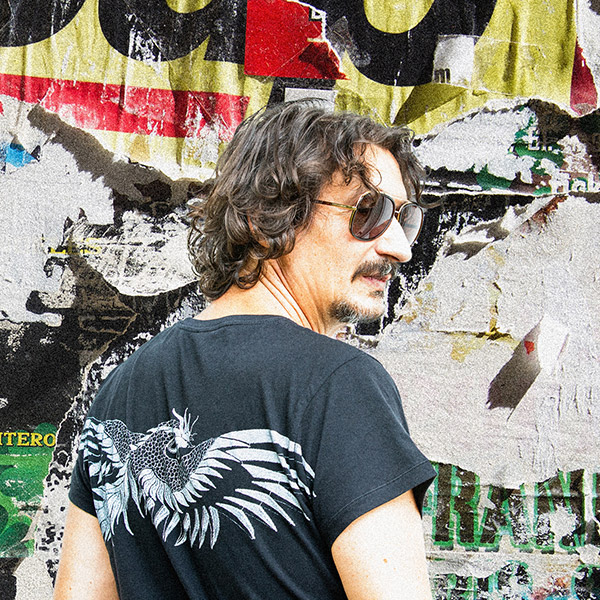 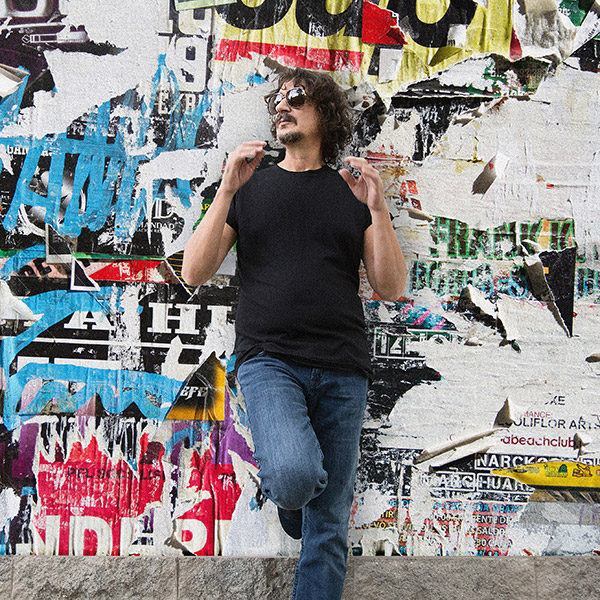 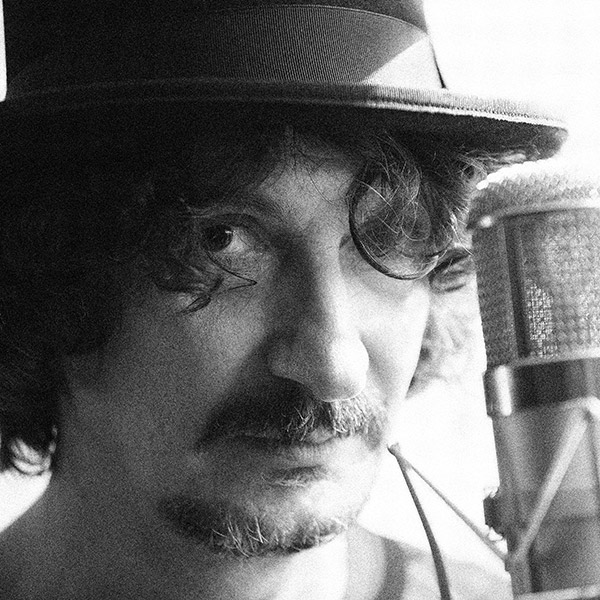